2019 marks the 10th year that the Rising Phoenix Jaycees (RPJ) will host its Spikes for Tykes Benefit Volleyball Tournament. This grassroots, completely volunteer-based project has raised over $10,000 for local schools and charities over the years and generated several hundred hours of project management experience and community service for chapter members and community partners. 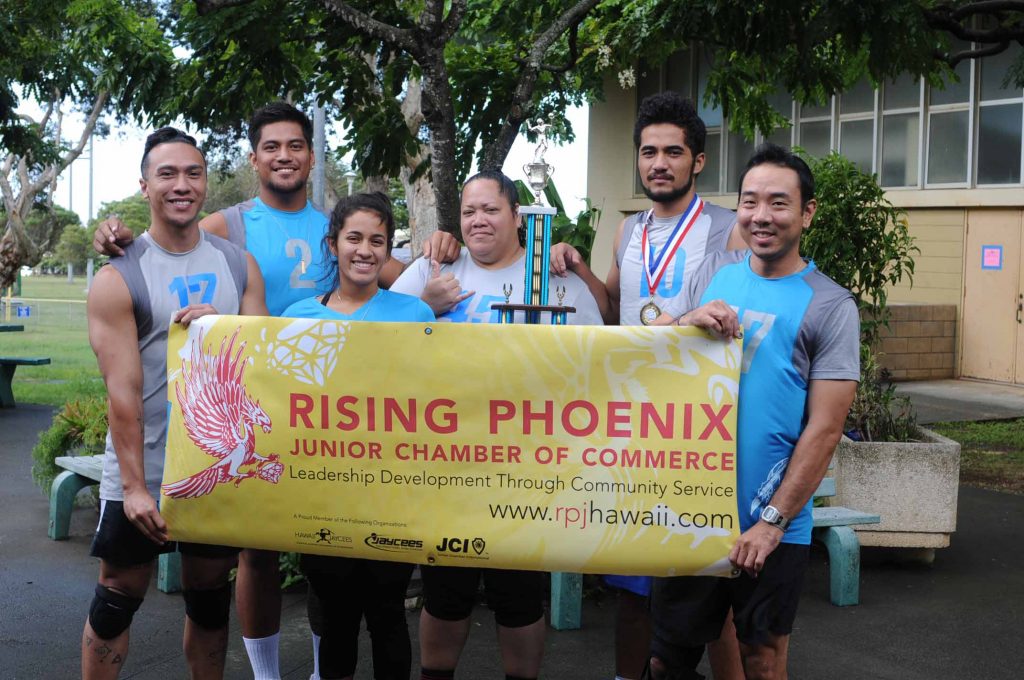 Kiana Miguel’s Monstarz won the 2017 Spikes for Tykes tournament, successfully defending its 2016 championship. RPJ donated $1000 to the Shriners Hospitals for Children. Mahalo to AT&T for helping to sponsor the 2017 tournament. 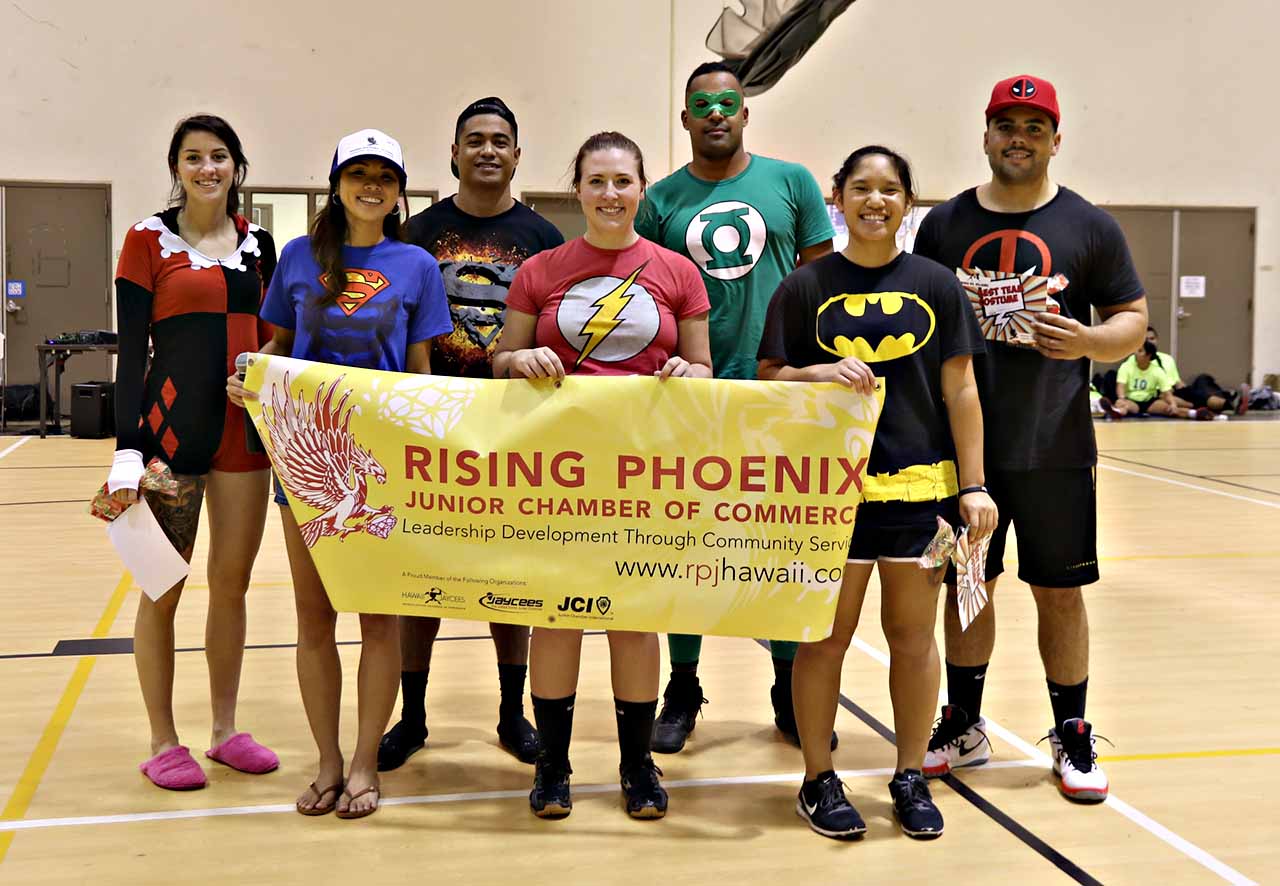 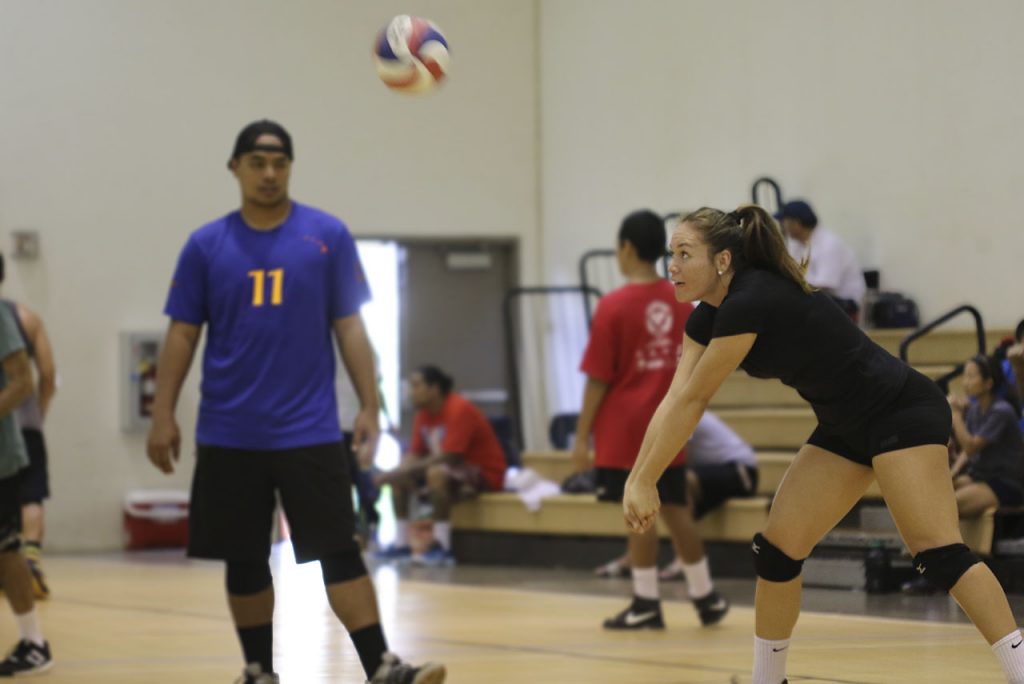 After a one-year hiatus, the Spikes for Tykes tournament was held October 11, 2015 at the Manoa District Park. This was the first all-coed team tournament, with 20 teams participating. The tournament benefited Hoku Alaka’i, a non-profit organization that provides educational services to keiki with serious or chronic medical conditions who are unable to regularly attend school. 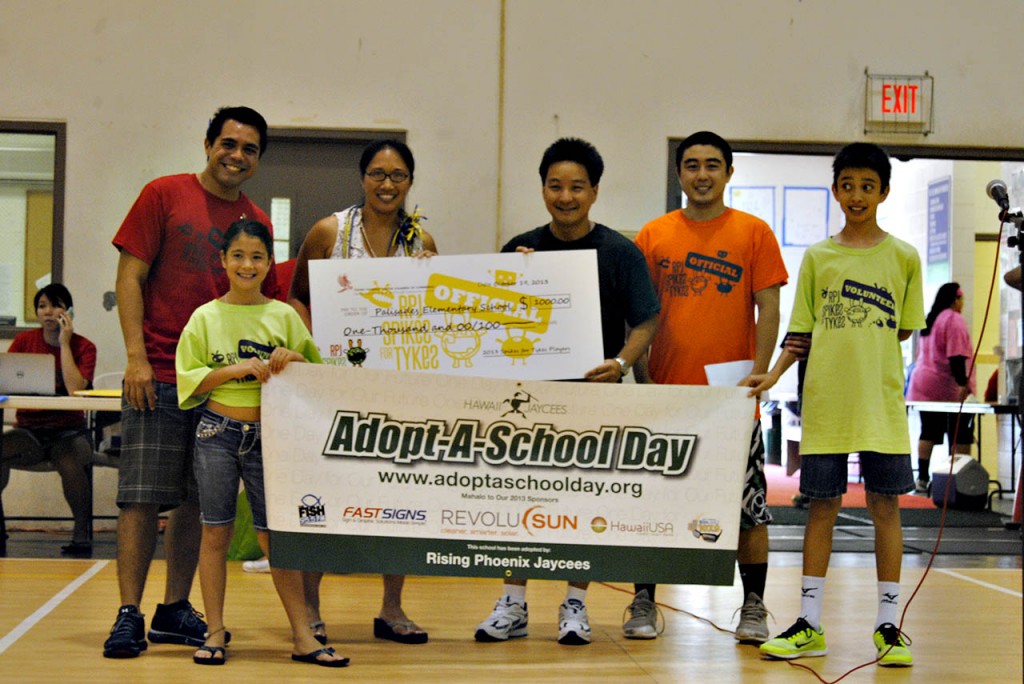 In 2013, Spikes for Tykes was held October 19, 2013 at the Manoa District Park. Thirty-one teams participated in the tournament–7 men’s teams, 8 women’s teams, and 16 coed teams. The tournament benefited programs at two public schools adopted by RPJ for the annual statewide Adopt-A-School-Day project: an aquarium and aquaponics program at Kapolei Elementary School and a career exploration program at Pacific Palisades Elementary School. A painting project at Aiea High School was also organized through the networking established through the Spikes for Tykes tournament. 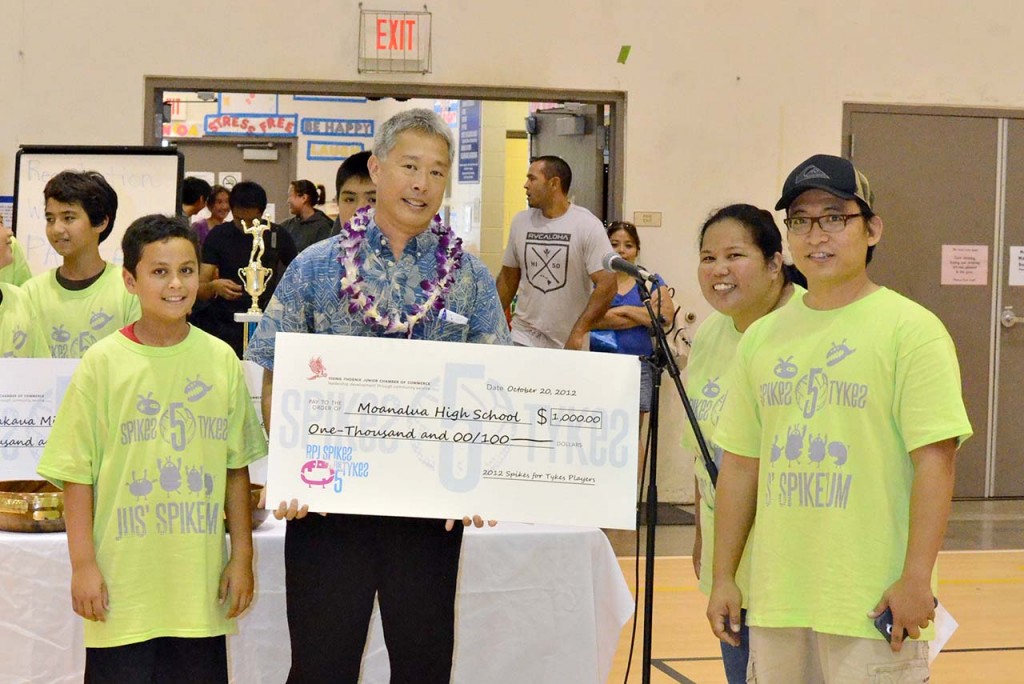 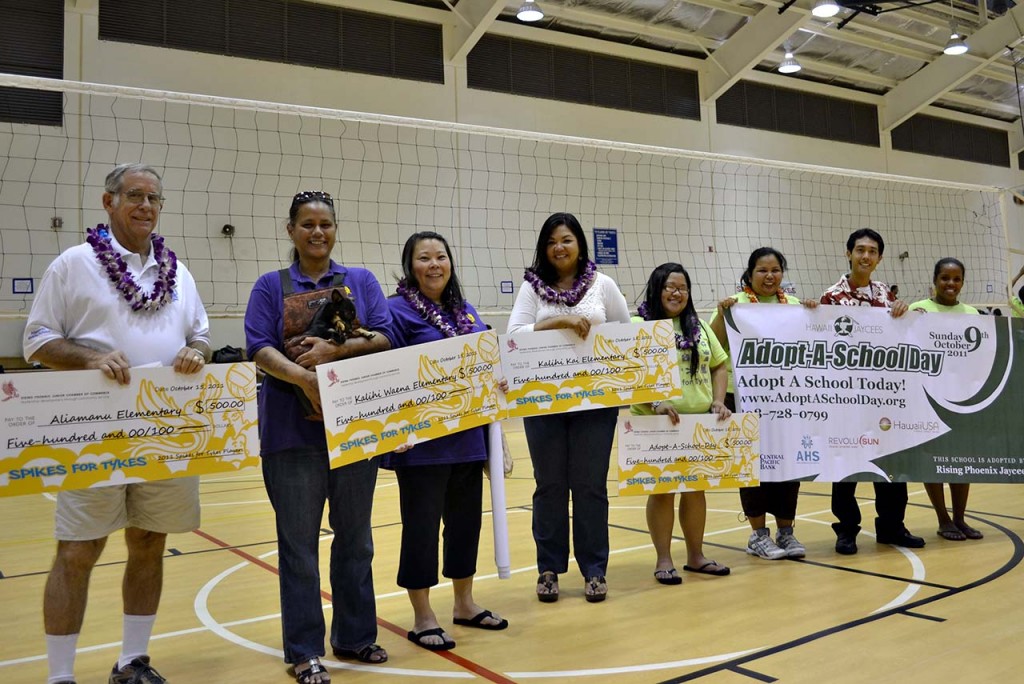 Special thanks to Ligaya Hartman who was the tournament photographer for 2011. 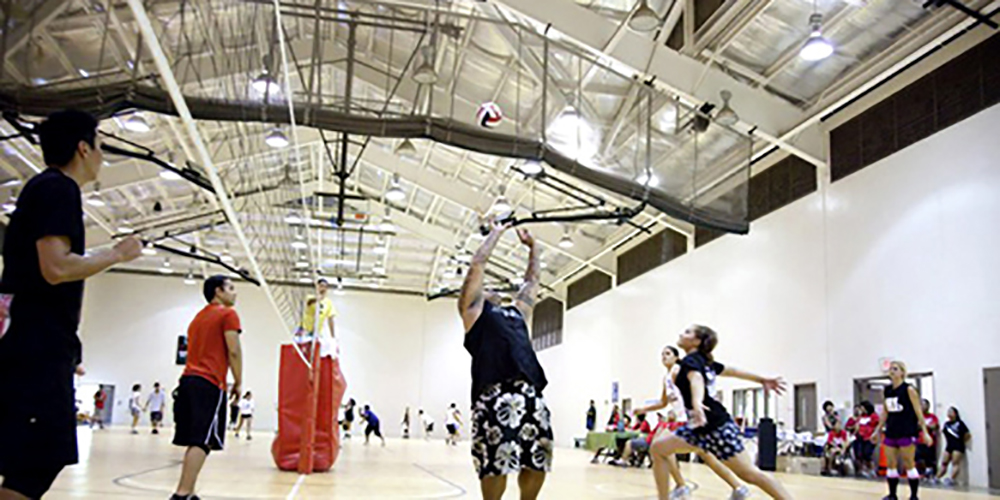 The 2010 edition was held October 16th at the Manoa District Park Gym. There were three divisions: Men’s, Women’s, and Coed, which was a new addition that year. Thirty teams and nearly 200 players and volunteers descended upon Manoa for a day of hard hits, sweet sets, killer serves and awesome digs all in the name of charity. Proceeds from the tournament were donated to the United Cerebral Palsy of Hawaii and Special Olympics during a check presentation at intermission.

A special thanks to tournament sponsors Big City Diner and Kolohe Photo. Big City Diner provided the meals for all of the volunteers, and Catering & Sales Director Janice Takada was on hand for the check presentation. City Council member Stanley Chang was also on hand for the presentation. Kaoru Kohashigawa of Kolohe Photo donated his time, shooting all of the team pics and action shots for the tourney. 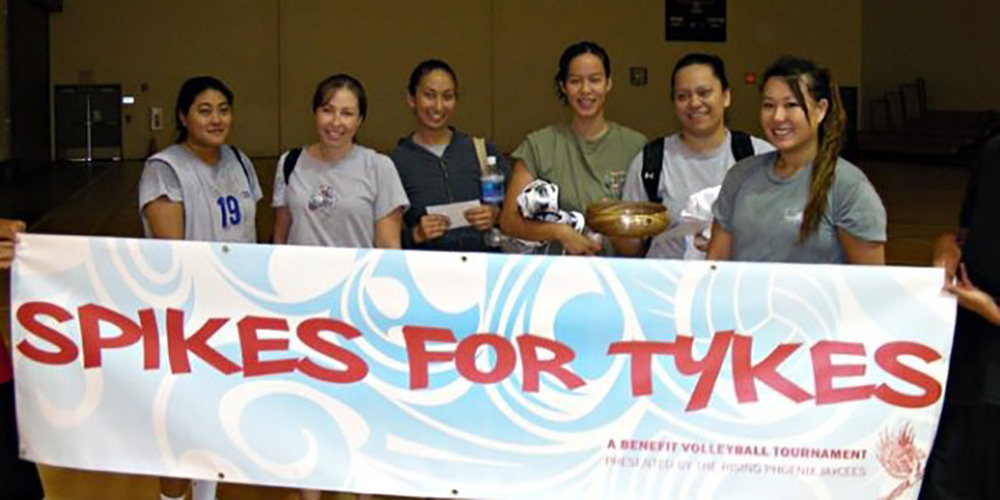 The ’09 tournament was held September 5, 2009 at the Manoa District Park Gym. The tournament featured 17 teams and over 120 players, as well as food from Chun Wah Kam, Summer’s Lava Dogs, and a shave ice booth manned by Adopt-A-School-Day volunteers. I Hi defeated Cheers for the men’s championship, and HI Life-Black took out Unintentional for the women’s crown.

RPJ especially thanks the players, coaches and parents of Ka Ulukoa. Not only did the club enter two teams into the men’s tournament, it provided volunteer scorekeepers and line judges and helped plan and coordinate the entire tournament. 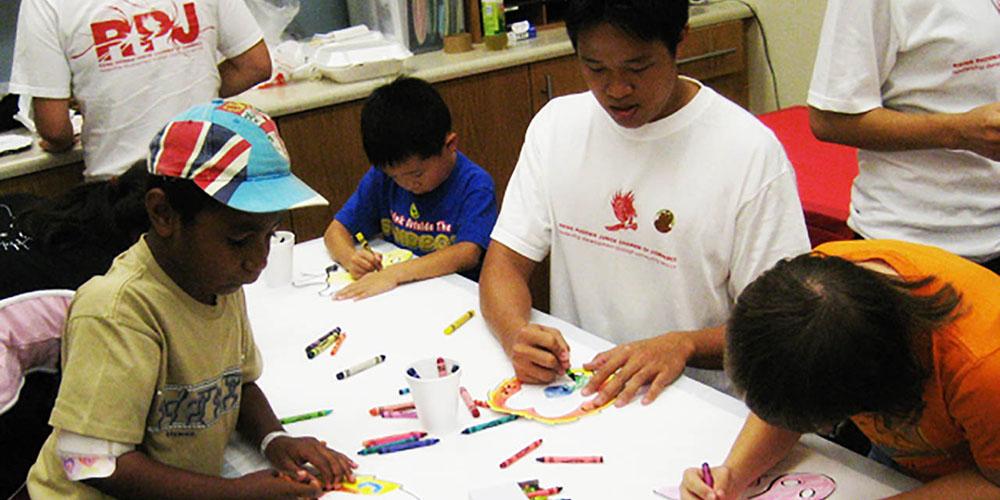 The Spikes for Tykes Benefit Volleyball Tournament started as the 2008 RPJ Summer Volleyball Tournament. Fourteen teams competed in that tournament at the Manoa District Park Gym, and the chapter held the tournament to raise funds for Keiki Movie Day, a project that sponsors a day of fun and games at the movies for local special needs keiki and their families. The men of Prolifik VBC and the women of HI Life won that inaugural tournament.

Spikes for Tykes is a project of the Rising Phoenix Jaycees.